I looked briefly back at this blog, and it seems I'm always reading Anne Truitt.  I just finished rereading Turn.  I picked the right time to reread it; Truitt is in her early sixties and grappling with the changes in her body and thinking.  The June 20 entry below describes my experience closely and was a relief to read. The date is even close to today's. 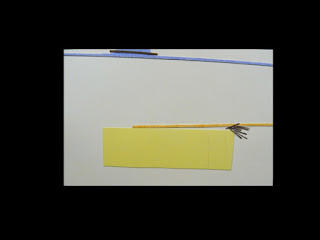 I started working with the divider cards again.  It felt like a fresh chapter (paragraph might be more accurate).  This was a couple of days ago.  I had in mind baby swallows in the rafters of a shop ion the Nakasendo Way just a year ago.  (I can hear the birds at sunset in Brooklyn.  And a basketball bouncing.  The light is spectacular where I sit.) 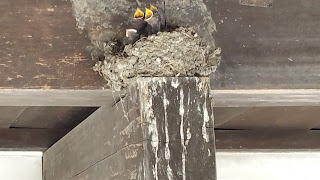 I should add that I began researching a possible sabbatical for spring 2020 this week, including a possible return to Japan.  It is causing vertigo while feeling natural or inevitable.
No comments:

I concluded, yesterday, that this blog couldn't continue, because it can't hold what I need to say. That I need a new platform ... Tumblr? ...  to underscore the difference.  What difference?  I just reread a long string of posts; nothing is so different other than I'm 61 now and all the anxieties I registered - about aging and the state of the country and world and making art - are a year more developed and, in certain ways, entrenched.

I began reading Anne Truitt's Turn, for comfort and inspiration, and saw our ages match.  She was 62 when she began this memoir, so facing some of the same existential pains and pleasures.  There has been a tightening since my sixty-first birthday.  Left unchecked, I am more fearful of getting hurt, whether on the subway or climbing a ladder at home.  I feel a more poignant despair.  I have an impulse to move, as if exurbia would protect me.  The passage below was like having Truitt name and expose my direction, and it left me ashamed - that I would collapse in the face of all the privileges I have to keep me upright.  That I would retreat under the guise of wanting to garden, move to Wassaic, and further isolate myself. 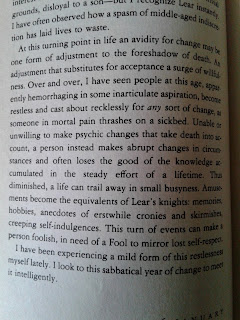 So it is summer, a year after Japan, and I'm struggling for traction, motivation, purpose.  While this writing is self-absorbed, my living is not.  I'm more outward-pointing than I have ever been, from my outrage at the amoral prick in the White House and his supporters to my street behavior to my commitment to students.  This shift has made the studio foreign again; my photographs seem more communicative. 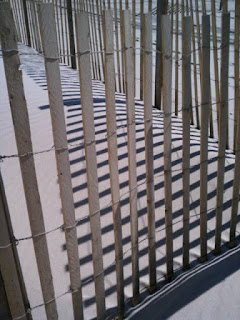 I began drawing from my photos some months ago and can see that as a point of departure, and an arrival.  I should stay with this blog.
No comments: 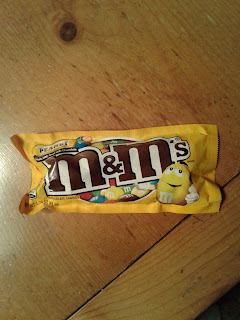 My bodega is the Glenwood Deli, open 24 hours except when closed.  It is immaculate and run by nice, friendly men.  They know I am all about peanut butter m&ms.  (They were out of stock today.)

For the last few months, the bodega has hosted an older man who sits on a stool beside the freezer and monitors activity.  He wears sunglasses and a hat, and his accent suggests he is from the islands, maybe Jamaica.  He lives above the store (I'm told) and is in the bodega almost every time I visit. We fist-bump and agree it's a good day to be alive.  We make a big deal of my visit, along with the man usually on duty when I show up, and I love the few minutes I'm there.  It's the anti-urban-anonymity experience, for me.

Today, the man was celebratory.  He is always upbeat but he was off his stool.  He leaned into me and told me his birthday was Saturday and he had just moments ago learned from the city that he is being awarded an apartment.  So excited!

So excited, in fact, that he bought me the above m&ms.  I had already bought mine, so this was a pure burst of joy and generosity, from someone far less employed than I am.  A stranger.

Turning Over a New Blog Leaf for the New Year?

This blog might be the most underused tool in my social media kit.  Seven months have passed!  Each time I think to write here (at least weekly), I somehow sidestep or dismiss it as "not the best use of my time."  I'm undervaluing the effort it takes for me to put words here - and the edge that effort adds.  There is value in the work it takes me to articulate the private for the public - even if no one reads it.  So I'm declaring a new era for this blog.  Day one of era two.

I feel a tug to wrap up 2017 in some way, to find a few words to summarize a year that was terrifying, wondrous, productive, and deeply educational.  The revelations about people that this year's political and global climate has produced in me are jolting and tragic, and I'm questioning human nature from new angles.  Where to place trust?  How to live with these new fears, and reconcile that their very newness reflects my life of privilege?  The shock!  Never, never, never did it occur to me that the events of this year could happen in this country.  My age - sixty - helps explain that.  My first "world memory" is Kennedy's assassination; I was six.

The year forced me to examine myself as a social and political being.  While self-analysis is one of my favorite sports, it became urgent to try and acknowledge my biases, vulnerabilities, and fears with more courage.  Being an educator fed the urgency.  It also became clear that the sport itself itself is a privilege:  the resources that allow me to ponder my thinking, feeling, and actions are not available to most.

Equally - though very differently - impactful in 2017 was my visit to Japan.  The experience was more powerful than words (which is why I didn't write any then), and is still.  It has begun informing my artwork and that pleases me.  This morning, I stumbled on some photos from the trip and was so moved to revisit them.  My memories are vivid.  Also, I realized that I'm mourning the trip: I no longer have it to look forward to. It is done.  I also get sad when I think about it. 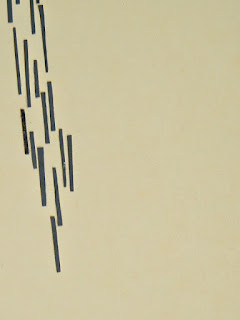 I'm starting in a strong place.  My winter break and the Excessive Frugality exhibit have left me fueled up in the studio.  This year I will engage more with the business end so that the work can get seen more.  I have some momentum and no excuse for not chasing it.  The first part of my semester is lighter than usual, and will allow more time for making and marketing.

The world climate is only worse.  The men (mostly) running this country are running it into the ground, destroying its place in the world and in people's lives.  Are these men conscious of the choices they are making or is their thinking so partial that they can only experience their own needs?  What kinds of mental cartwheels does one do to sacrifice the world their children will inherit to ... money?
No comments: