What else is there, really, other than to be as kind to everyone and everything around us as we can be?  Kindness takes different forms, not all of which register as "kindness" at first glance, but it seems to me, at least at this moment, the bottom line.

Two group exhibits coming up, both seemingly of their own volition.  One at R. Jampol Projects, called "It's a Small World," organized by James Prez.  The other at the Ground Floor Gallery, which will coincide with Gowanus Open Studios this fall.

I'm in a warp:  end-of-semester (a brutal one) constriction, travel jitters, new cat (Rosie), sadness in my family.  I continue to write in All My Other Places, which is good because the need for privacy is good.

Here's a couple of pieces that might go into "Small World" (neither exceeds about 4" in one direction): 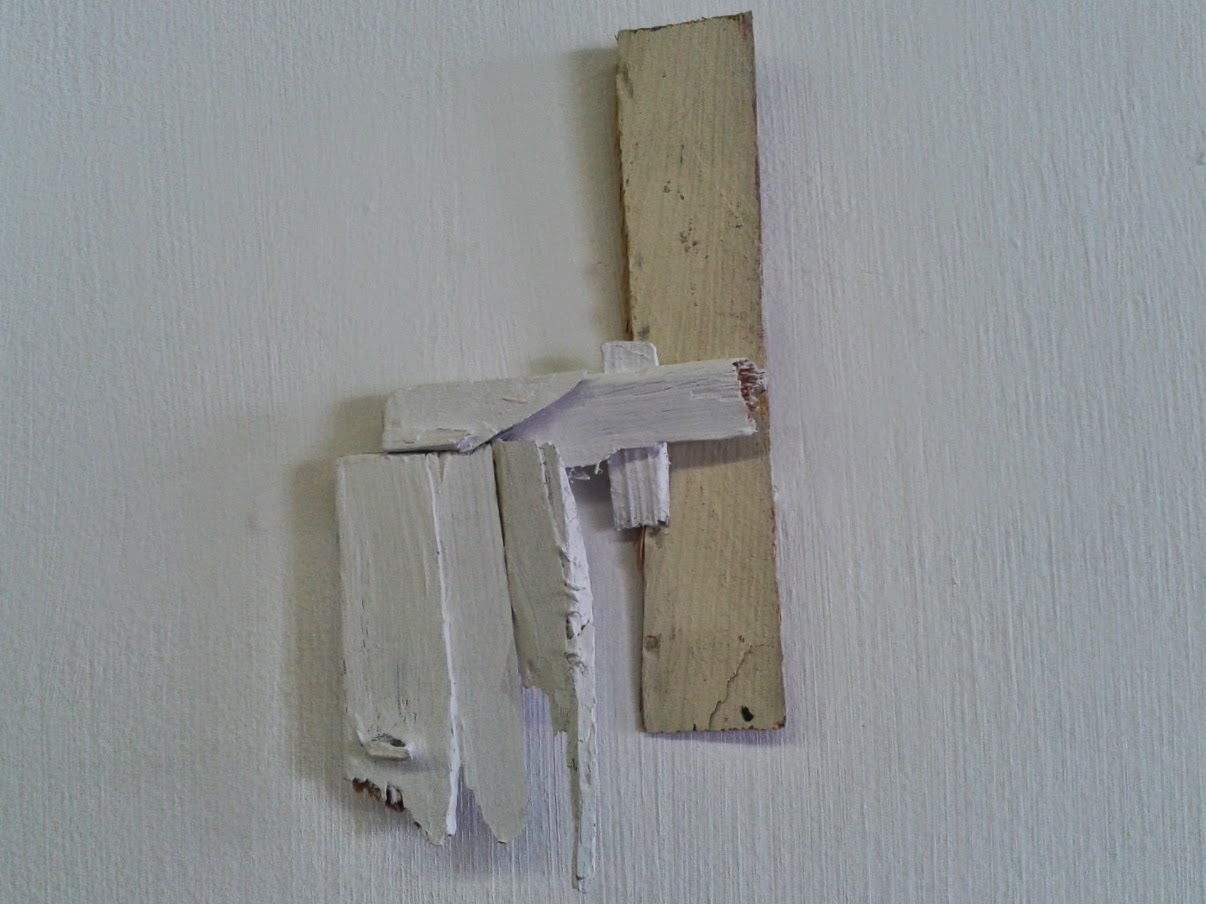 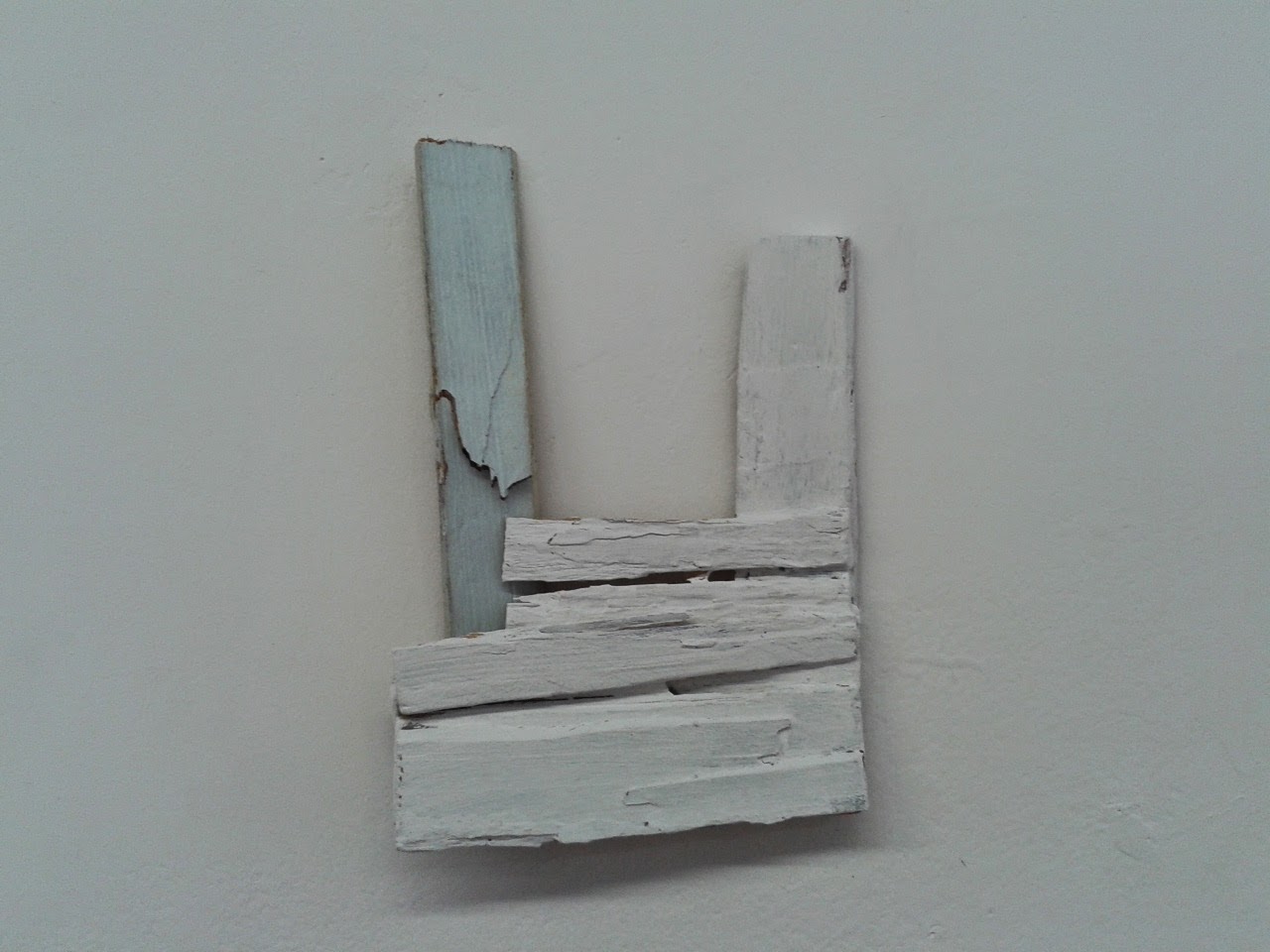 Written March 5:  I'm still out here.  It's been a long time since I wrote here; I've been writing in all my other writing places.  It's all come down to a tiny notebook:  harsh observations about myself and the occasional a-ha.  Self-therapy.  It would be a luxury to have that type of support now, but the studio takes financial priority.  Since I'm not really active right now, it just feels sensitive everywhere.

Today, April 12:  Since starting this post I turned 57 (not easy) and got a second cat, Rosie, on/for my birthday.  She was a gift to Grace and myself.  I feel better that Grace has company.  Rosie fit right in.  (I don't take that for granted.  Many years of cat experience.)

I have been to the studio maybe four times this year.  I was there today and it's that uncomfortable, sad, frightening place of not knowing what to do.  I'm just messing with materials:  thread knotted into lengths of bubble-like circles, bits of painted and unpainted wire, wood chips from the sticks ... and then I added tiny fabric scraps I saved from two decaying personal items:  an antique photograph album of my mother's and a small, sweet pillow made from a quilt, which has fallen apart.  The fabric/wood interaction may have potential, which is soothing; I wasn't looking for or expecting that.

Soothing...  I thought of that word in the studio today; making art is self-soothing (when it's not self-undermining).  What seems ironic is that what upsets me - what I need soothing against - becomes the "message" (awful word) of the work.  (That's probably logical and obvious; I'm too close, which is OK.)  And much of what upsets me is universal, which must be part of what invites or at least allows viewers in.  Another part is my vernacular.  (Never used that word before, but I'm curious about the choice.)  It's universal and private at the same time.  And it's self-soothing when it flows.

I'm nostalgic.  I'm wearing a gold chain Aunt Janet gave me, with my baby ring on it.  Pictures of my parents and the boat sit on my piles of sweaters so I see them when I open the drawer.  The fabric bits in the studio are of this.  I'm pulling material (literally) from the past, and trying to make a whole, but I can't.  The materials themselves - my choices - won't allow it.
No comments: